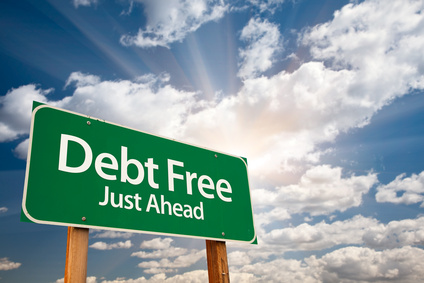 From time to time I am asked the following question by a potential Chapter 13 client:  If somehow I could come up with the money, could I pay my Chapter 13 plan off early?  If you  have ever seen a Chapter 13 plan, it is easy to understand how this question would arise.  The plan document provides for monthly payments in a certain amount, and then it shows what the total of the payments over the life of the plan will be.  It shows how all the money is  to be applied – so much to unsecured creditors, so much to attorney fees, so much for the trustee’s fees, and certain amounts to taxes or other priority debts.  Usually it will even state in terms of a percentage exactly what fraction of the unsecured debts are being paid.

It seems obvious that once the plan is approved, if the Debtor could come up somehow with the total due under the plan, he or she should be able to  wrap it up early and get their discharge early.

So in most plans, where less than all of the unsecured debt is scheduled to be paid, the trustee will welcome extra payments from folks who have come into extra money that was not expected, such as an inheritance or big bonus at work.  In fact the trustee might REQUIRE that such funds be paid into the plan.  But after that extra payment is made, unless the plan is of the 100% variety,  the regular plan payment is due again the next month – and that continues until the end of the plan or until 100% of the unsecured debts are paid, whichever comes first.

The result of all this is that in most Chapter 13 cases, it is self defeating to take draconian measures for the purpose of raising extra money to pay into the plan.  Unless you can raise enough to pay off 100% of the unsecured creditors who have filed their claims with the bankruptcy court, there’s no reason to make an extra effort.  In fact you might be more or less punished for any such extra efforts.

If you are in Chapter 13 and receive extra money from somewhere, consult your attorney about it right away.  If the  amount is significant enough you probably have an obligation to report it to the bankruptcy trustee.  Sometimes your lawyer can negotiate a deal which allows you to keep some of the funds and pay in only part of it.

This post is for general information purposes only and does not create an attorney-client relationship.  It is not legal advice.  Seek the advice of your own attorney concerning the details of your case.

David Kelly Law Office is a debt relief agency helping people to file for relief under the federal bankruptcy code.