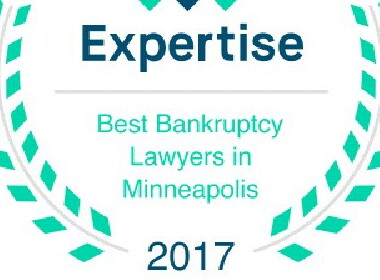 In 2016 when I was first contacted by Expertise.com I was very skeptical, as evidenced by what I posted here at that time.  I have received all sorts of scam emails from one outfit or another which try to get attention by announcing that they are giving me some sort of award.  Often all they are trying to do is sell me a meaningless plaque to hang on my wall.  Sometimes they are offering to list me in some sort of Who’s Who book, for a fee of course.  Other times they are fishing for personal information such as a bank account number or a password.

Another reason for my skepticism is that after my typical Minnesota upbringing, I find it very hard to accept praise or gratitude of any kind.  My default response to anybody saying anything nice about me is to respond by saying it was no big deal or by minimizing it in some way.  When someone says “thank you” to me, instead of just saying “you’re welcome” I tend to launch into some long explanation as to why I don’t deserve to be thanked.  Having become aware of this, I have actually been practicing saying “you’re welcome,” and it’s not easy.

After passage of some time and after I’ve done some investigation, I have come to the conclusion that Expertise.com is legitimate.  They made a serious effort to take a look at the bankruptcy lawyers in the Minneapolis area and rate them based on reputation, credibility, experience, availability and professionalism.  To them I wish to say thank you and I’m honored. 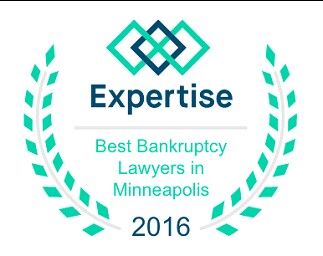 Some outfit I have never heard of called “Expertise” has decided that I am one of the best 25 bankruptcy lawyers in Minneapolis.  Perhaps this is an honor, but I’m suspicious.  There’s a bunch of code they want me to post on my web pages.  It’s supposed to make an award badge appear, but I’m concerned that it might do other things in the background that I’m not aware of.  So for starters at least, I’m going to try posting it here on the blog.  I’ll keep an eye on it and see if it seems to be doing anything I wouldn’t like to have going on.

If anybody knows anything about “Expertise,” whether they are legitimate or not, I wish you would let me know.  When I cut and paste the code, what I get looks like this:

I am a debt relief agency. I help people file for relief under the federal bankruptcy code.