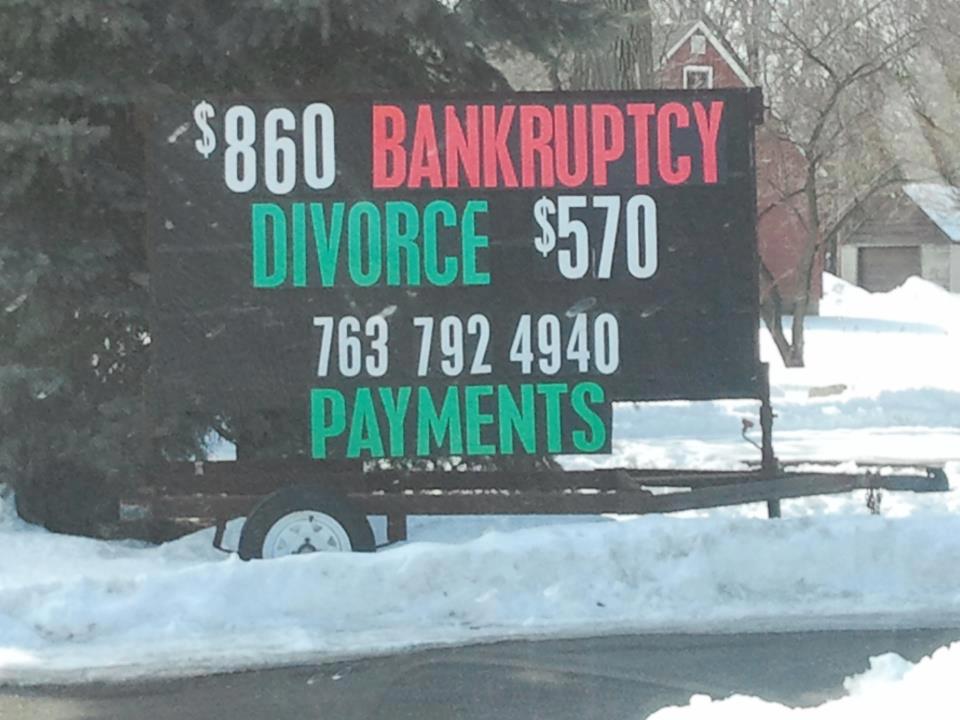 It turns out that this sign belongs to an outfit called “Affordable Law Center” which is operated by a gentleman named Edward Jonak.

I am sitting here now reviewing a court order from Judge Kishel issued March 29th concerning Mr. Jonak.  Looks as if the order completely shuts down the “Affordable Law Center” and charges a number of large fines.  This sign is actually mentioned in the opinion.  It’s 55 pages long – very long because of how elaborate the entire scam was.  Take a look for yourself – here’s a link to the opinion:  http://www.mnb.uscourts.gov/Newsite/Judge_Office/Opinions/GFK/shadley.gfk.pdf

I wish I could find the phone number of the person who called me and who was going to have these guys do her bankruptcy case.  I am afraid I have already shredded it.